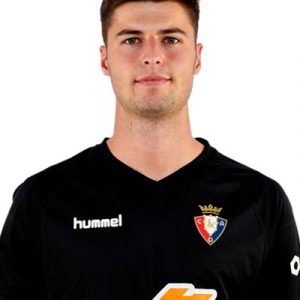 Juan Manuel Pérez Ruiz (born 15 July 1996) is a Spanish footballer who plays for CA Osasuna as a goalkeeper.

Born in Almudévar, Huesca, Aragon, Pérez joined CA Osasuna’s youth setup in June 2013 at the age of 16, from SD Huesca. On 26 October 2014 he made his senior debut with the reserves, starting in a 2–1 Tercera División home win against CD Iruña.

On 8 June 2017, Pérez agreed to a professional contract, but remained appearing regularly with the B’s. On 19 August 2018, as both first-team goalkeepers Sergio Herrera and Rubén Martínez were injured, he made his professional debut by starting in a 0–1 away loss against RCD Mallorca for the Segunda División championship.

On 27 November 2019, Pérez renewed his contract until 2022, and made his La Liga debut four days later, starting in a 4–2 away defeat of RCD Espanyol.