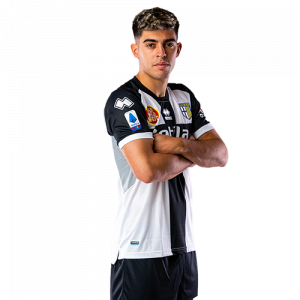 Juan Francisco Brunetta (born 12 May 1997) is an Argentine professional footballer who plays as an attacking midfielder for Parma, on loan from Godoy Cruz.

Brunetta’s youth career started with Boca Juniors, he remained there between 2006 and 2009 when he joined the ranks of Estudiantes and subsequently Arsenal de Sarandí. He was promoted into the first-team squad of the latter for the 2016–17 Argentine Primera División season. He made his Arsenal debut on 13 September in a home loss to Atlético Tucumán. Four matches later, versus Banfield, Brunetta scored his first career goal. Brunetta signed a new three-year contract with Arsenal in January 2017. However, in August, Brunetta joined Belgrano. His first match came in the Copa Argentina against Defensores de Belgrano.

On 15 June 2019, having suffered relegation with Belgrano, Brunetta was announced as a new signing for Godoy Cruz ahead of 2019–20. He scored six goals, including braces over Gimnasia y Esgrima and Patronato, across twenty-three total appearances for the club. On 3 October 2020, Brunetta headed to Italian football after he was loaned to Serie A’s Parma. The deal included an obligation to buy, which would come into effect at the conclusion of the loan as the attacking midfielder agreed a contract until 2025. He scored twice on his first start, netting against Cosenza in the Coppa Italia fourth round on 25 November.