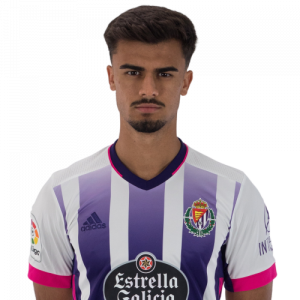 João Pedro Neves Filipe (born 30 March 1999), known as Jota, is a Portuguese professional footballer who plays as a winger for Spanish club Real Valladolid, on loan from Benfica.

Born in Lisbon, Jota started his career in the youth ranks of Benfica in 2007. On 18 October 2018, he debuted for the first team in a 3–0 away win over Sertanense in the third round of the Taça de Portugal. He won the 2017–18 Campeonato Nacional de Juniores and helped the team reach the final of the 2016–17 UEFA Youth League.

On 1 February 2019, Jota was promoted to Benfica’s first team, alongside three other Benfica B players. Following his Primeira Liga debut in a 4–0 home win over Chaves on 24 February, he made his European debut on 14 March, as a first choice, in a 3–0 extra time win over Dinamo Zagreb in the second leg of UEFA Europa League round of 16.