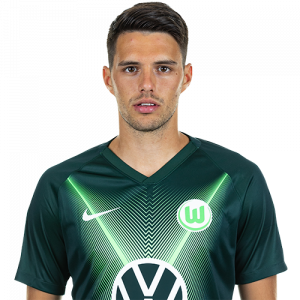 Josip Brekalo (born 23 June 1998) is a Croatian footballer who plays as a winger for VfL Wolfsburg and Croatia national team.

Club career
Brekalo is a youth exponent from Dinamo Zagreb. He made his league debut on 19 December 2015 against Inter Zaprešić. On 15 May 2016 he signed for Bundesliga club VfL Wolfsburg for €10 million.

On 31 January 2017, Brekalo was loaned out to VfB Stuttgart until the end of the season with an option for a further year. The loan deal was initially automatically extended until June 2018 when Stuttgart secured promotion. Brekalo scored his first senior goal on 17 February 2017 coming off the bench for VfB Stuttgart against 1. FC Heidenheim. Brekalo returned prematurely to Wolfsburg on 1 January 2018.