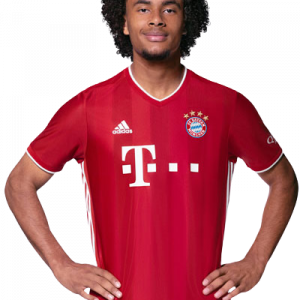 Joshua Orobosa Zirkzee (born 22 May 2001) is a Dutch professional footballer who plays as a forward for Serie B club Parma on loan from Bayern Munich.

Early years
Born in Schiedam to a Nigerian mother and a Dutch father, Zirkzee began his footballing career as a 5-year-old with VV Hekelingen after the family had moved to Spijkenisse. After impressing early on, he moved to the youth department of Spartaan ’20 in 2010, where he played alongside his nephew, Nelson Amadin. He then left for ADO Den Haag in 2013, before ending up in the Feyenoord youth academy in 2016. One year later, Zirkzee left the Feyenoord academy in his native Netherlands to join the youth setup of Bayern Munich.

Bayern Munich
On 1 March 2019, Zirkzee scored a hat-trick in his debut for Bayern Munich II. Just a day later, he scored the winning goal for the under-19 side as they defeated 1. FC Nürnberg 2–1. Zirkzee made his professional debut in the 3. Liga for Bayern Munich II on 20 July 2019, coming on as a substitute in the 74th minute for Oliver Batista Meier in the away match against Würzburger Kickers.

Loan to Parma
On 31 January 2021, Zirkzee moved to Italian side Parma on a loan deal. The deal includes an option to buy.