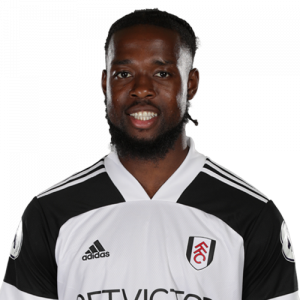 Joshua Oghenetega Peter Onomah (born 27 April 1997) is an English professional footballer who plays as a midfielder for Premier League club Fulham. Onomah has been a regular youth international for England, including winning the 2017 FIFA U-20 World Cup and the 2014 UEFA European Under-17 Championship.

Tottenham Hotspur
Born in Enfield, Greater London, Onomah came through the academy system at Tottenham Hotspur. He was first called up for the first team on 5 January 2015, remaining an unused substitute in their 1–1 draw away to Burnley in the FA Cup third round, and made his debut nine days later in the replay, replacing Andros Townsend for the last 15 minutes of a 4–2 victory at White Hart Lane. On 24 May, he was included in the matchday squad for a Premier League game for the first time, remaining unused as Tottenham won 0–1 at Everton in the last game of the season.

In the 2015–16 season, Onomah changed his shirt number to 25, which was included on the club’s list of first-team numbers. He made his Premier League debut in a 3–1 home victory over Aston Villa on 2 November 2015, replacing Dele Alli for the final minutes. On 10 December, Onomah made his first start for Tottenham playing 90 minutes in a 4–1 victory over AS Monaco.

On 31 August 2018, Onomah joined Championship side Sheffield Wednesday on loan for the season.

Fulham
On the final day of the 2019 transfer window Onomah joined Fulham, as part of the £25 million transfer that saw Ryan Sessegnon move in the other direction. He scored his first goal for Fulham in a 2–1 win over Leeds United on 21 December 2019.

On 27 July 2020, Onomah scored a wonderful solo goal to open the scoring against Cardiff in the first leg of their EFL Championship play-off semi-final. The match ended in a 2–0 win for Fulham.