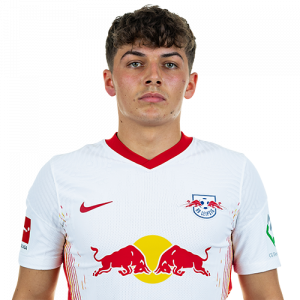 Joscha Wosz (born 20 July 2002) is a German footballer who plays as a midfielder for RB Leipzig.

Club career
Wosz began his youth career at Hallescher FC, before moving to the academy of RB Leipzig in 2015. He made his professional debut for Leipzig in the Bundesliga on 3 October 2020, coming on as a substitute in the 83rd minute for Angeliño against Schalke 04, which finished as a 4–0 home win.

International career
Wosz made two appearances for the Germany under-17 national team in 2018.