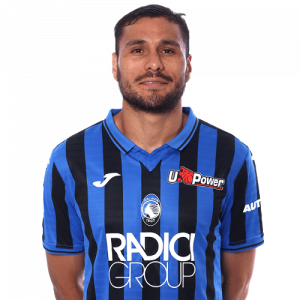 José Luis Palomino (born 5 January 1990) is an Argentine professional footballer who plays as a centre-back for Serie A club Atalanta.

Palomino began his professional career with San Lorenzo, before joining Argentinos Juniors in 2013. After the 2013–14 season, he moved to Ligue 1 club Metz. In 2016 Palomino signed with Bulgarian club Ludogorets Razgrad, with whom he won league title, before joining Atalanta in June 2017.

Playing in both centre–back and left–back positions, Palomino is capable of playing in aerial play and tackling. At Atalanta, under the manager of Gian Piero Gasperini, Palomino established himself as a starting line-up defender, playing either in the middle or on the left of a back three.