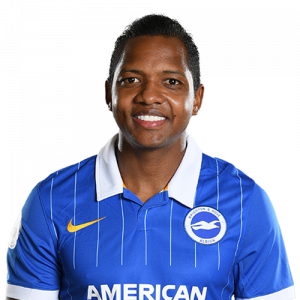 Izquierdo started playing football at an early age, starting out as a goalkeeper before moving outfield into a midfield/winger position. His parents initially wanted him to become a tennis player, however Izquierdo “constantly preferred to kick tennis balls with his feet rather than use rackets, and his teacher promptly advised him to switch to his natural sport”. Izquierdo would subsequently abandon football for several years following his brother’s death in a traffic accident, before eventually returning to join Deportivo Pereira.

Izquierdo joined Once Caldas in 2013 from Deportivo Pereira, and moved to Club Brugge one year later.

On 10 August 2017, it was announced that newly-promoted Premier League club Brighton & Hove Albion had agreed a club record transfer fee with Club Brugge for Izquierdo, reported to be around £13.5 million. He will join Brighton subject to a medical, international clearance and a successful work permit application. Izquierdo passed his Brighton medical on 12 August 2017, with his work permit hearing scheduled for the following Wednesday. On 16 August 2017, Club Brugge confirmed that Izquierdo’s work permit had been granted and that he would be joining Brighton. He was officially unveiled as a Brighton player on 21 August, taking the number 19 shirt and signing a four-year contract with the Albion.

Izqueirdo made his Premier League debut for Brighton on 26 August 2017, coming on as a second half substitute in a 0–0 away draw against Watford.

On 20 October 2017, Izquierdo scored his first goal for Brighton in a 3–0 away win against West Ham United, a spectacular curled effort from distance. He scored his second league goal of the season on 20 November, the equalising goal in a 2–2 home draw against Stoke City.

On 1 January 2018, Izquierdo provided two assists in Brighton’s 2–2 home draw against AFC Bournemouth, winning the Man of the Match award.

Izquierdo has been hit by many injuries during his time in Sussex including having to have knee surgery and as a result of this and his other injuries he didn’t play any games for The Seagulls in the 2019–20 season.

Izquierdo was still recovering from his injuries at the start of the 2020–21 season, however he returned to action with Brighton’s U23’s in the Premier League 2 picking up one goal and a assist in five appearances before another injury set back, this time to his hamstring in December 2020. He made his return to the senior matchday squad on 31 January 2021 in a home fixture against Tottenham Hotspur in which he remained an unused substitute in the 1–0 win.