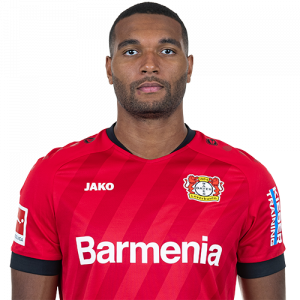 Jonathan Glao Tah (born 11 February 1996) is a German professional footballer who plays as a centre back for Bayer Leverkusen and the Germany national team.

Tah started playing football in Altona 93. Then he joined SC Concordia before being snapped up by Hamburger SV. On 4 August 2013, Tah made his competitive debut for Hamburger SV in DFB Cup match against SV Schott Jena. He made his Bundesliga debut on 21 September 2013 in a 2-0 home loss against Werder Bremen.

On 1 September 2014, he was loaned to Fortuna Düsseldorf for one year.

On 15 July 2015 he signed a five-year contract with Bayer Leverkusen.

On 26 February 2018, Bayer Leverkusen announced the extension of Tah’s contract with the club until 2023. He made his 100th Bundesliga appearance for the club on 10 March 2019.