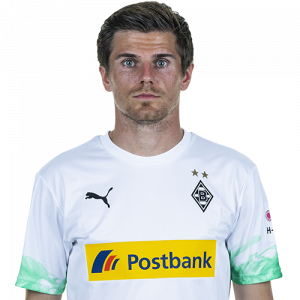 Jonas Hofmann (born 14 July 1992) is a German footballer who plays as a midfielder for Borussia Mönchengladbach.

Hofmann scored his first goal for the club in a Round of 16 match in the UEFA Europa League against fellow German side Schalke on 9 March 2017. The game ended in a 1–1 draw with Gladbach eventually going out on away goals after the two-legged tie finished 3–3.

On 18 October 2018, Hofmann scored his first ever professional hat-trick in a 4–0 league win over former club Mainz. Hofmann signed a new deal with Gladbach on 16 April 2019, , extending his stay at the club until 2023. On January 8 2021, he scored a brace and got an assist in a historic 3-2 win against Bayern Munich