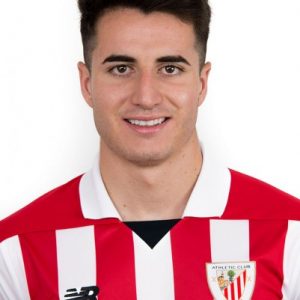 Jon Morcillo Conesa (born 15 September 1998) is a Spanish professional footballer who plays as a left winger for Athletic Bilbao.

Born in Amorebieta-Etxano, Biscay, Basque Country to a Basque father and a mother from Cartagena, Murcia, Morcillo represented SD Amorebieta and SCD Durango as a youth. He made his senior debut with the latter’s first team on 1 May 2016, in a 2–0 Tercera División away loss against CD Vitoria.

In June 2016, Morcillo joined Athletic Bilbao at the age of 17, being initially assigned to the farm team also playing in the regional fourth level. Promoted to the third-tier reserves in June 2018, he made his debut for the side on 25 August of that year, playing the last four minutes of a 2–0 home win against CD Tudelano.

Morcillo scored his first goal for the B-team on 25 November 2018, netting the opener in a 1–1 away draw against Barakaldo CF. He emerged as an important player during the 2019–20 campaign by contributing with ten goals, including a strike from the halfway line in a 3–0 win at Tudelano on 22 September 2019.

On 8 May 2020, Morcillo renewed his contract with the Lions until 2023, being called up subsequently to the pre-season with the main squad. He made his first team – and La Liga – debut on 12 September, three days before his 22nd birthday, playing the full 90 minutes of a 2–0 away loss against Granada CF. In October 2020, Morcillo was definitely promoted to the main squad, being assigned the number 2 jersey.

He featured intermittently across his maiden campaign, coming off the bench against Real Madrid and Barcelona as Athletic beat both rivals to claim the 2020–21 Supercopa de España in January 2021, but not selected in the squad for the 2020 Copa del Rey Final (delayed from the previous season) three months later, which ended in defeat to Real Sociedad. Having scored in the quarter-final penalty shootout and assisted the decisive goal in the semi-final of the 2020–21 Copa del Rey, Morcillo was named among the substitutes for the 2021 final which took place on 17 April, just two weeks after the previous edition; he did not get on the field and Athletic lost 4–0 to Barcelona. He scored for the first time at the end of that month, providing the opening goal in a 2–2 draw at home to Real Valladolid.