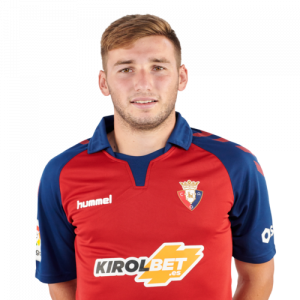 Jon Moncayola Tollar (born 13 May 1998) is a Spanish professional footballer who plays for Osasuna as a central midfielder.

Moncayola was born in Garínoain, Navarre, and was a CA Osasuna youth graduate. He made his senior debut with the farm team in the 2017–18 season, in Tercera División; during the campaign he also appeared with the reserves in Segunda División B.

On 28 November 2019, Moncayola further extended his contract until 2024, and scored his first professional goal three days later, netting his team’s third in a 4–2 away defeat of RCD Espanyol.

On 8 June 2021, Moncayola signed a new ten-year contract with Osasuna, running until June 2031. Osasuna also confirmed that his release clause would be €22m (£18.9m) for the next two seasons, before being reduced to €20m for the eight following campaigns.