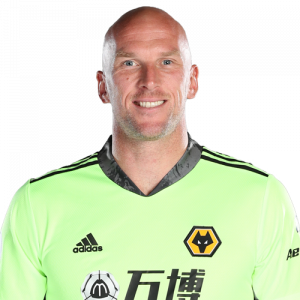 Ruddy began his career at Cambridge United, before signing for Everton as a 19-year-old. He spent five years with Everton, but made just one appearance, while playing on loan at nine different clubs. Ruddy was signed by Paul Lambert to play for Norwich City in 2010 and, in his first season, was part of the team that finished second in the Championship, gaining promotion to the Premier League.

The following year, Norwich finished twelfth in the Premier League, and Ruddy was selected by new England manager Roy Hodgson for the squad for Euro 2012. However, on 25 May 2012, he was ruled out after breaking his finger during training. He made his debut in a 2–1 win against Italy in August 2012. He suffered a long term thigh injury in November 2012, but returned to help Norwich to an 11th-place finish at the end of the 2012–13 Premier League season. After 243 appearances for Norwich, he moved to Wolverhampton Wanderers in 2017.

On 10 July 2017, Ruddy signed a two-year contract with Championship club Wolverhampton Wanderers. His signing came days after the club’s previous number one Carl Ikeme was diagnosed with acute leukaemia. On 6 April 2018, Ruddy saved an injury time penalty from Gary Madine away at Cardiff City in a 1–0 win, in a victory that took Wolves nine points clear of Cardiff. Ruddy became the team’s main goalkeeper and was part of the team that won promotion to the Premier League as champions. He was named in the division’s PFA Team of the Year and was awarded the EFL’s Golden Glove Award for the most clean sheets with 24.

In August 2018 he extended his contract with Wolves, signing a deal due to last until summer 2020, despite having fallen behind new addition Rui Patrício as the club’s first-choice goalkeeper.

On 18 May 2020, Wolverhampton Wanderers announced that they had triggered an option in Ruddy’s existing contract to keep him for a further season in 2020–21.