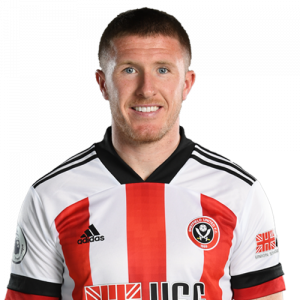 Lundstram started his career in Everton’s academy. He signed his first professional contract in June 2011 but would never make a first-team appearance for Everton. He had loan spells at Doncaster Rovers, Yeovil Town, Leyton Orient, Blackpool and Scunthorpe United before leaving Everton to join Oxford United in 2015. After racking up 104 appearances for Oxford, he joined Sheffield United in 2017. Lundstram has scored goals in each of England’s top four divisions.

He has represented England internationally at under-17, under-18, under-19, and under-20 levels and has appeared in three official youth competitions for the Three Lions.

Lundstram joined newly promoted Championship side Sheffield United in July 2017 on a three-year deal for a fee that, according to the Oxford Mail, is believed to be in the region of £700,000. He scored his first goal for Sheffield United in a 2–1 loss at Nottingham Forest on 30 September 2017. On 28 April 2019 he gained promotion with United to the Premier League.