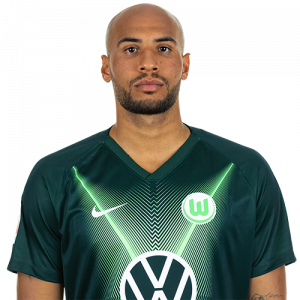 Born in Berlin, Germany, he began his career at hometown club Hertha BSC, making his professional debut in 2012 and totaling 130 games and nine goals for the club. The team won the 2. Bundesliga in 2012–13. In 2017, he transferred to VfL Wolfsburg for €20 million, a record at the time for an American player.

Brooks represented both Germany and the United States at youth international level, qualifying for the latter through his father. He made his senior international debut in 2013 and represented the nation at three tournaments, including the 2014 FIFA World Cup.

On May 31, 2017, Brooks signed with fellow Bundesliga club VfL Wolfsburg. The reported €20 million transfer fee was a record for an American soccer player at the time, later broken by Christian Pulisic’s €64 million transfer to Chelsea in 2019. He made his debut on August 13 in the first round of the DFB-Pokal away to fourth-tier Eintracht Norderstedt, but suffered a torn thigh tendon and was substituted in the first half of the 1–0 win, being ruled out for the next three months. On October 28, he returned to the team to start on his league debut for the club, a 1–1 draw at FC Schalke 04. Affected by injury all through his first season at the Volkswagen Arena, Brooks totaled just ten appearances before playing the full 180 minutes of the 4–1 playoff win over Holstein Kiel that kept his team in the Bundesliga for the following season.