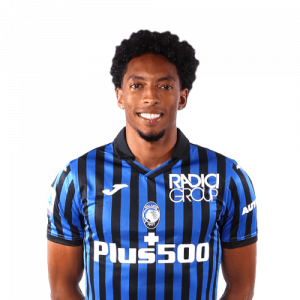 Mainly a left back, he can also play as a left winger.

He retained a starting spot before moving to Llaneros FC. In January 2013, Mojica signed with Deportivo Cali. On 30 March, he made his Categoría Primera A debut, against Itagüí.

Rayo Vallecano
On 5 July 2013, Mojica moved to Spain, signing a one-year loan contract with Rayo Vallecano. He made his official – and La Liga – debut on 15 September, coming on as a 69th minute substitute for Sebastián Fernández in a 5–0 away loss against Málaga.

Mojica featured in 12 matches during the campaign, as the Madrid side achieved a comfortable mid-table finish. On 28 July 2014, he signed a permanent four-year deal with Rayo, and was immediately loaned to Real Valladolid.

Mojica was also converted to a left winger during the process, and also scored a brace in a 7–0 home routing over FC Barcelona B on 21 December 2014. On 6 August 2015, his loan was extended for another year.

Girona
On 31 January 2017, Mojica was loaned to fellow second tier club Girona FC until the end of the season. After achieving promotion to the main category, his loan was renewed for a further year on 18 August.

Atalanta (loan)
On 22 September 2020, Mojica was loaned to Serie A side Atalanta for the season, with a buyout clause. He made a total of 13 appearances for the club and did not score any goals.

Elche (loan)
On 15 January 2021, Mojica’s loan to Atalanta was terminated early, and he was loaned to La Liga side Elche for the remainder of the 2020–21 season.