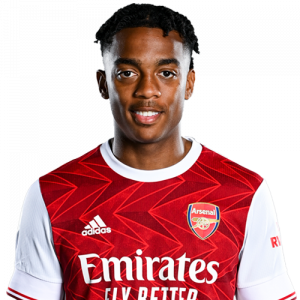 Joseph George Willock (born 20 August 1999) is an English professional footballer who plays as a midfielder for Premier League club Arsenal.

A youth product of Arsenal, Willock joined Arsenal at age four-and-a-half, having been allowed to play alongside his older brothers. He made his first-team debut for the club on 20 September 2017 in the EFL Cup against Doncaster Rovers.

On 12 September 2019, it was announced that Willock had signed a new long-term contract with Arsenal.