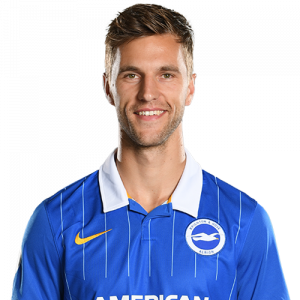 A product of the Ajax youth academy, Veltman made 246 appearances for the Amsterdam club before moving on to Brighton in July 2020 for a £900,000 fee on a three-year deal.

Veltman has made over 20 caps for the Netherlands national team since his debut in November 2013.

On 29 July 2020, Premier League club Brighton & Hove Albion announced that they had completed the signing of Veltman from Ajax on a three-year deal after activating the release clause in his contract, valued at £900,000. Veltman chose to wear the number 34 jersey, as a tribute to former Ajax teammate Abdelhak Nouri, who collapsed during a friendly in 2017 and went into an induced coma. Veltman made his debut for the Sussex side on 17 September 2020 starting in a 4–0 home victory over Portsmouth in the EFL Cup. Veltman made his league debut for Brighton on 3 October, coming on as a substitute at half time for Tariq Lamptey in a eventual 4–2 away defeat at Everton. He scored his first goal for the Sussex side, scoring an equaliser in an eventual 2–1 home defeat against bitter rivals Crystal Palace on 22 February 2021.