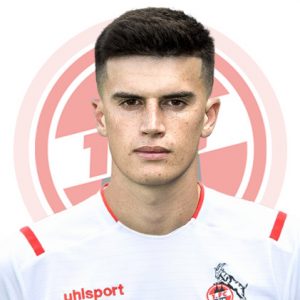 João Ricardo Pereira Queirós (born 22 April 1998) is a Portuguese professional footballer who plays for German club 1. FC Köln as a centre back.

Born in Barroselas, Viana do Castelo, Queirós played youth football for a host of clubs, joining S.C. Braga at the age of 16. On 21 May 2017, in the last day of the season and while still a junior, he made his senior debut with the reserves, playing the full 90 minutes in a 1–1 home draw against Sporting CP B for the Segunda Liga.

On 18 July 2017, Queirós signed a five-year contract with Bundesliga team 1. FC Köln. During his one-year tenure in Germany, however, he was solely associated to the reserve side.

Queirós returned to his homeland in June 2018, joining Sporting CP and being assigned to their newly created under-23 team. On 8 August 2019, still owned by Köln, he moved to Willem II of the Dutch Eredivisie.