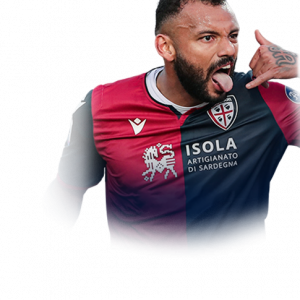 He spent most of his career with Cagliari after signing in 2014, and made over 200 appearances and scored over 60 goals for the club. Additionally, he had brief spells in the top divisions of Brazil, Portugal and Uruguay.

oão Pedro returned to Serie A on 30 August 2014, signing for Cagliari for around €1 million and exchange with Matías Cabrera. The team suffered relegation in his first season, but he scored 13 times in 38 games as they won the 2015–16 Serie B, including a hat-trick in a 6–0 home win over Brescia on 16 April.

In August 2017, João Pedro signed a new contract to last until 2021. The following 16 May, he was given a six-month ban after testing positive for banned diuretic hydrochlorothiazide following a match against Sassuolo in February.

João Pedro signed a new contract in November 2018, to last until 2022. On 21 December 2019 he scored in a 2–1 loss at Udinese to reach 50 for the Sardinians, seventh in their all-time scorers. He finished joint-fifth in the league’s top scorers with 18, his best campaign.

As Radja Nainggolan returned to Inter, João Pedro became the club captain for 2020–21. In November, he reached 200 appearances for the club.