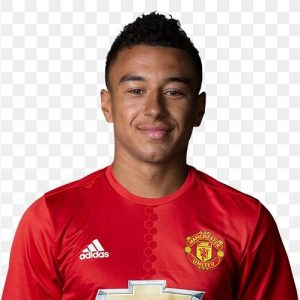 Jesse Ellis Lingard is a British professional footballer who plays as a attacking midfielder or as a winger for both Premier League club Manchester United and the England national team. He’s won the UEFA Europa League, FA Cup, FA Community Shield and EFL Cup, having scored from the latter three finals.

Lingard made his senior debut while on loan in Leicester City in 2012, and spent some time on loan at Birmingham City and Brighton & Hove Albion throughout the 2013-14 season and in Derby County in 2015.

He represented England at under-17 and under-21 levels, before making his senior international debut in October 2016 and proceeded to reflect his country at the 2018 FIFA World Cup, a tournament where England reached the semi finals, finishing fourth.