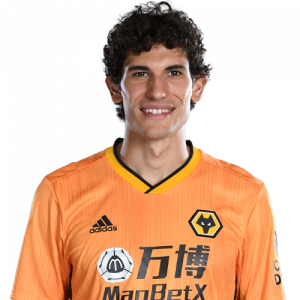 Jesús Vallejo Lázaro (born 5 January 1997) is a Spanish professional footballer who plays as a centre back for Real Madrid.

Zaragoza
Born in Zaragoza, Aragon, Vallejo joined Real Zaragoza’s youth setup in 2007, aged 10. On 26 July 2013, after impressing in the Juvenil squad, he signed a new deal with the club.

On 23 August 2014, before even having appeared for the reserves, Vallejo made his professional debut, starting in a 0–0 draw at Recreativo de Huelva for the Segunda División. On 26 December, he further extended his contract until 2019.

Vallejo scored his first professional goal on 5 April, netting the last in a 1–1 away draw against CD Tenerife. He was appointed team captain by manager Ranko Popović for that match, and remained in the role afterwards.

Real Madrid
On 31 July 2015, Vallejo signed a six-year contract with Real Madrid for a rumoured €6 million fee, being immediately loaned back to Zaragoza for one year. The following summer he moved abroad, after agreeing to a one-year loan deal with German club Eintracht Frankfurt.

Vallejo’s maiden appearance in the Bundesliga took place on 27 August 2016, as he came as a late substitute in a 1–0 home win over FC Schalke 04. He scored his first goal also from the bench, contributing to a 2–2 draw to RB Leipzig also at the Commerzbank-Arena in the last match of the season.

On 7 July 2017, Vallejo was unveiled as a Real Madrid player and member of the first team squad for the upcoming campaign. He was handed the number 3 shirt, previously worn by Pepe. His official debut took place on 26 October, when he started and was sent off in the last minute of a 2–0 away win against CF Fuenlabrada for the Copa del Rey. His maiden appearance in La Liga occurred ten days later, when he partnered Sergio Ramos in the 3–0 home defeat of UD Las Palmas.