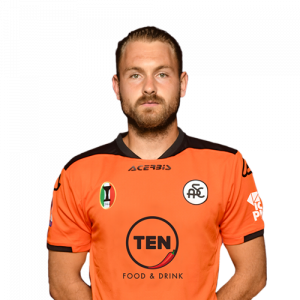 Jeroen Zoet (born 6 January 1991) is a Dutch professional footballer who plays as a goalkeeper for Spezia Calcio in the Serie A.

Having started his career at PSV Eindhoven, Zoet previously played two seasons on loan for RKC Waalwijk before returning to PSV Eindhoven to establish himself as the first choice goalkeeper. He has been highly regarded as one of the best goalkeepers in the Eredivisie. In November 2012, he was called up for the first time for the Netherlands national squad, but he did not make his first appearance until October 2015, when he was subbed on for an injured Tim Krul.

Spezia
On 8 September 2020, Zoet joined newly-promoted Serie A side Spezia Calcio on a two-year deal.