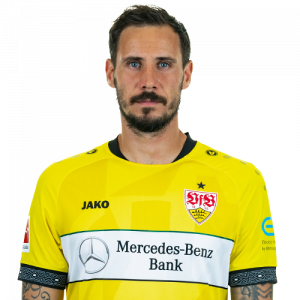 Jens Grahl (born 22 September 1988) is a German footballer who plays for VfB Stuttgart as a goalkeeper.

Club career
Grahl joined 1899 Hoffenheim in 2009 from SpVgg Greuther Fürth. During the 2011–12 season he was on loan to SC Paderborn 07. He made his Bundesliga debut at 7 December 2013 against Eintracht Frankfurt in a 1–2 away win.