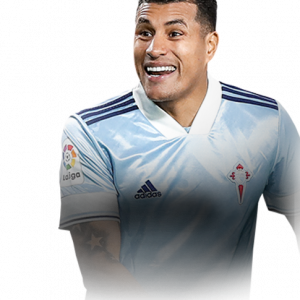 Jeison Fabián Murillo Cerón (born 27 May 1992) is a Colombian professional footballer who plays as a central defender for Spanish club RC Celta de Vigo, on loan from U.C. Sampdoria, and the Colombia national team.

Early years and Granada
Born in Cali, Murillo signed with Udinese Calcio in Italy shortly after his 18th birthday, being immediately loaned to Granada CF as part of the partnership agreement between both clubs. He spent his first year in Spain with the reserves, in the regional leagues.

Sampdoria
On 13 July 2019, still owned by Valencia, Murillo signed with U.C. Sampdoria for an initial loan fee of €2 million and an obligation to buy for €13 million at the end of the season. On 15 January 2020, the Italian club bought out his rights and loaned him to RC Celta de Vigo until 30 June, with an option to purchase.

Murillo agreed to another loan at the Balaídos on 16 September 2020.