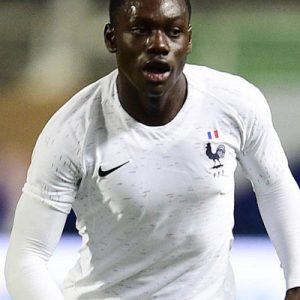 Jean-Victor Makengo (born 12 June 1998) is a French professional footballer who plays as a central midfielder for Serie A side Udinese.

Makengo is of DR Congolese descent.

Makengo is a youth exponent from SM Caen. He made his Ligue 1 debut on 29 November 2015 against Girondins de Bordeaux. His potential had him linked to top clubs such as both Manchester United and Manchester City. On 31 August 2016, French side FC Lorient made a €5 million bid for the midfielder, refused by Caen.

He scored his first two goals in a professional match against AS Nancy in 4–2 in Coupe de la Ligue. He made 17 appearances in Ligue 1 in the 2016–17 season. At the end of the season, he was called up to France U21 team but missed the matches due to injuries.

On 25 June 2019, Makengo was loaned to Toulouse for one year with an option to buy.

On 5 October 2020, Makengo joined Udinese for five years, with a transfer fee around €3.5 million.