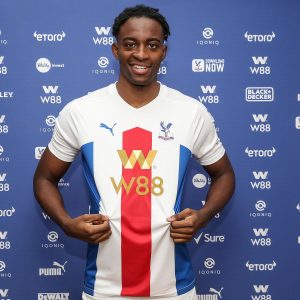 Jean-Philippe Mateta (born 28 June 1997) is a French professional footballer who plays as a striker for Premier League club Crystal Palace, on loan from Bundesliga side Mainz 05. He has represented France internationally at U19 and U21 youth levels.

Jean-Philippe Mateta was born in Sevran in the agglomeration of Paris to a Congolese father and a French mother. His father is a former professional footballer who played in Congo and in Liège, Belgium. Due to an injury when he was 24, his career ended as a result of several operations.