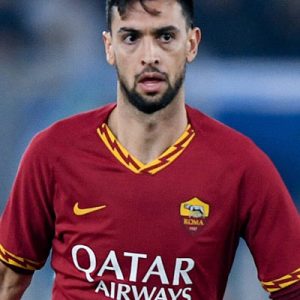 Javier Matías Pastore (born 20 June 1989) is an Argentine footballer who plays as an attacking midfielder for Serie A club Roma and the Argentina national team.

Pastore began his club career with Talleres and then Huracán in his native Argentina before moving to Serie A team Palermo in 2009 for a reported transfer fee of €4.7 million. In 2011, French side Paris Saint-Germain bought him for a reported €39.8 million. He won numerous domestic honours with the club, including five Ligue 1 titles, before joining Roma in 2018, for a fee of €24.7 million.

At international level, Pastore made his senior debut in 2010, and has since gone on to make over 20 appearances for his country. He represented Argentina at the 2010 FIFA World Cup, and at three editions of the Copa América, reaching consecutive finals of the latter competition in 2015 and 2016.

Roma
On 26 June 2018, Pastore signed a five-year contract with Italian side Roma from Paris Saint-Germain for a reported fee of €24.7m. He was handed the number 27 shirt. He made his club debut in a 1–0 away win over Torino in Serie A on 19 August. He scored his first goal for the club on 27 August, opening the scoring with a back-heeled goal in the second minute of play in an eventual 3–3 home draw against Atalanta in the league.