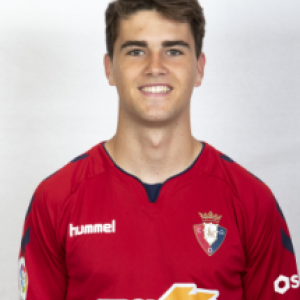 Javier “Javi” Martínez Calvo (born 22 December 1999) is a Spanish footballer who plays for CA Osasuna B as a winger.

Born in Ólvega, Soria, Castile and León, Martínez represented CA Osasuna as a youth. On 2 November 2016, aged only 16, he made his senior debut with the reserves by coming on as a second-half substitute in a 1–2 Segunda División B home loss against Racing de Ferrol.

On 8 September 2017, Martínez extended his contract until 2022. He scored his first senior goal nine days later, netting his team’s first in a 2–2 draw at CD Lealtad.

Martínez made his professional debut on 31 May 2019, replacing goalscorer Xisco in a 3–2 away success over Córdoba CF for the Segunda División championship, as his side was already promoted. His La Liga debut occurred on 19 July of the following year, as he replaced fellow youth graduate Kike Barja late into a 2–2 home draw against RCD Mallorca. 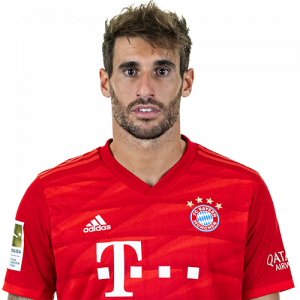 He arrived at Athletic Bilbao in 2006, before his 18th birthday, quickly imposing himself as a starter and going on to appear in 251 official games over the course of six La Liga seasons, scoring 26 goals. In 2012, he signed with Bayern Munich for €40 million, going on to win eight consecutive Bundesliga titles as well as the UEFA Champions League in 2013 and 2020.

On 29 August 2012, after Bayern Munich paid the buyout clause of €40 million in his contract, Martínez signed a five-year contract with the German club. He thus became the transfer record in the 50-year history of the Bundesliga. Martínez made his official debut on 2 September – the day of his 24th birthday – coming on as a 77th minute substitute for Bastian Schweinsteiger in a 6–1 home win over VfB Stuttgart. He scored his first goal for his new club against Hannover 96 on 24 November, netting the opener in an eventual 5–0 home triumph through a bicycle kick.