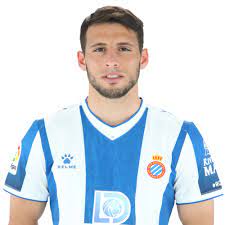 Javier “Javi” López Carballo (born 25 March 2002) is a Spanish professional footballer who plays as a left back for Deportivo Alavés.

López made his senior debut with the reserves on 22 September 2018 at the age of just 16, by starting in a 0–0 Tercera División home draw against Real Sociedad C. In March of the following year, he further extended his contract until 2023, being definitely promoted to the main squad ahead of the 2020–21 campaign.