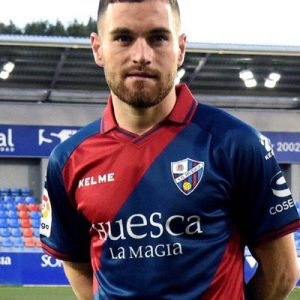 Mainly a left-back, he can also play as a left winger.

Born in Badajoz, Extremadura, Galán represented CD San Roque (Badajoz), CP Don Bosco and CP Flecha Negra as a youth. On 20 June 2013, after scoring 12 goals for the club’s Juvenil A squad, he moved to CD Badajoz.

Galán made his senior debut on 15 September 2013, playing the last 30 minutes in a 1–0 home win against CD Solana for the Regional Preferente championship. He scored his first senior goal fourteen days later, netting the last in a 4–1 home routing of EF Emérita Augusta.

Galán helped the Blanquinegros in their promotion to Tercera División during his first campaign. On 9 July 2015 he joined Córdoba CF, being assigned to the reserves also in the fourth tier.

Galán made his professional debut on 12 October 2016, starting as a left back in a 2–1 Copa del Rey away win against Cádiz CF. He made his Segunda División debut on 4 December, starting in a 2–1 win at CF Reus Deportiu.

Galán was an undisputed starter during the 2017–18 campaign; converted to a left back by manager Jorge Romero, he went on to score two goals in 40 appearances as his side narrowly avoided relegation. On 29 January 2019, he moved to La Liga side SD Huesca on a three-and-a-half-year contract.

Galán made his debut in the top tier on 1 February 2019, starting in a 4–0 home routing of Real Valladolid.