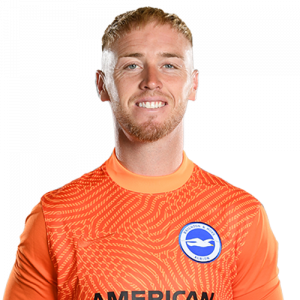 Steele progressed through Middlesbrough’s youth system, signing his first professional contract with the club in 2009. He made his debut in the 2010–11 season, and eventually became their first-choice goalkeeper within their Championship campaign. Steele represented England at all youth levels; his positive performances led him to being called up to the Great Britain Olympic team for the 2012 Summer Olympic Games held in London, making a singular appearance against Brazil at the Riverside Stadium. Steele maintained his role at Middlesbrough for three seasons, though the arrivals of Dimitrios Konstantopoulos and Tomás Mejías in the 2013–14 season saw Steele’s position at the club become threatened; he left at the end of that season.

In the 2014–15 season, Steele joined fellow Championship club Blackburn Rovers on loan. He then signed for them on a permanent basis at the beginning of the 2015 winter transfer window. He quickly established himself as their first-choice goalkeeper though in the 2016–17 season, Blackburn were relegated to League One, which acuminated in Steele’s departure to Sunderland, who were newly relegated to the Championship for the 2017–18 league campaign. Steele’s tenure at Sunderland was a sour note: he lost his intended role of first-choice goalkeeper to Robbin Ruiter and then Lee Camp and the club were relegated to League One at the end of the season, which meant that both Sunderland and Steele (as a player) had suffered two consecutive relegations. The events of the season led to a Netflix documentary entitled Sunderland ‘Til I Die being produced, which was released in December 2018. He left Sunderland after one season, joining Brighton & Hove Albion.

Steele signed for Premier League club Brighton & Hove Albion on 21 June 2018 on a three-year contract for an undisclosed fee. Steele made his debut for The Seagulls on 5 January 2019 in a 3–1 away win against Bournemouth in the third round of the FA Cup. His next appearance for The Albion came 20 months after his debut, playing and keeping a clean sheet in a 4–0 home victory over Portsmouth in the EFL Cup on 17 September 2020. 6 days later he made another appearance again keeping a clean sheet in another EFL Cup tie, this time a 2–0 away win over Preston. However, his run in the league cup was ended on 30 September after a 3–0 home loss against Manchester United falling short of a quarter final place. His next match came on 10 January 2021 where he saved 4 penalties in a 4–3 penalty shootout (1–1 AET) win over Newport County in the FA Cup, after miss timing a cross which landed onto teammate Adam Webster conceding an own goal in the 90+6th minute. A day later Steele extended his Brighton contract signing on until June 2023.