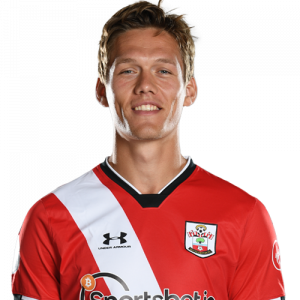 Jannik Vestergaard (born 3 August 1992) is a Danish professional footballer who plays as a centre back for Premier League club Southampton, and for the Danish national team.

On 11 June 2016, Vestergaard joined Borussia Mönchengladbach for a reported transfer of €12 million plus bonuses.

Southampton
Vestergaard moved to English club Southampton on 13 July 2018, signing a four-year contract. On 12 August 2018, he made his debut in a 0-0 draw against Burnley in the Premier League.[17] He scored his first goal for the club on 31 August 2019, the equalizer in a 1–1 draw against Manchester United.