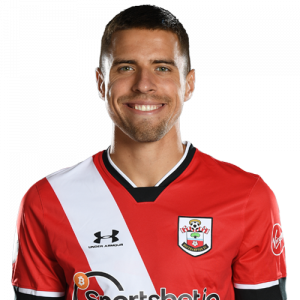 Jan Kacper Bednarek (born 12 April 1996) is a Polish professional footballer who plays as a centre back for Premier League club Southampton and the Poland national team.

On 1 July 2017, Bednarek joined Southampton on a five-year deal, for a reported fee of £5 million. He made his Premier League debut on 14 April 2018 against Chelsea, and scored Southampton’s second goal in a 3–2 defeat.

On 2 February 2021, Bednerak scored an own goal, conceded a penalty and was given a red card after a foul on Anthony Martial in his team’s record-equalling 9–0 defeat to Manchester United after Mike Dean checked the pitchside monitor. Despite this, the red card was controversial and Manchester United manager Ole Gunnar Solskjær believed that Bednarek should not have been sent off. The red card issued was subsequently rescinded following an appeal by the club.

On 4 September 2017, Bednarek made his international debut for Poland in a 3–0 victory over Kazakhstan.