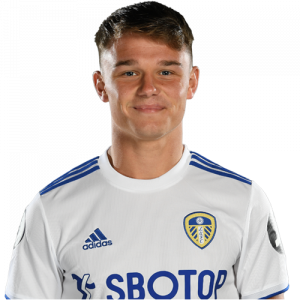 He can also play as a right-back. He also represents the England national under-20 team.

After playing youth football with Kippax Athletic, he joined Leeds United’s youth academy aged seven and signed his first forms with the club aged nine. He made his U23 debut at the start of the 2016–17 season. In October 2016, former academy director Neil Redfearn praised him as one of the most promising talents at the club, stating that: “I think he’s a good footballer, he’s got great feet. He’s not the biggest, but he’s very tenacious. He reads the game well.”In the summer of 2017, Shackleton signed a two-year professional contract with Leeds United. On 8 May 2018, he was named in Leeds’ first team squad by head coach Paul Heckingbottom for their post-season friendlies tour to Myanmar. He made his first start for Leeds’ first team in a pre-season friendly 1–1 draw against York City on 20 July 2018, under recently appointed Leeds’ head coach Marcelo Bielsa. During the pre-season, Shackleton played in a right-back position, as opposed to the central midfielder role he had typically occupied during his youth career.

In August 2020, Shackleton signed a new four-year contract with Leeds. Shackleton made his Premier League debut in the first match of the season against Liverpool on 12 September 2020, coming on as a substitute in the 4–3 defeat at Anfield to the reigning champions.