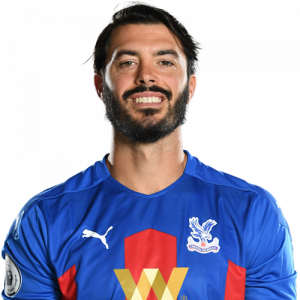 James Oliver Charles Tomkins (born 29 March 1989) is an English professional footballer who plays as a centre back for Premier League club Crystal Palace. He has represented England at all levels up to the under-21 team and represented Great Britain at the 2012 London Olympics. He is a product of the West Ham youth academy.

Aged seven, Tomkins was spotted while playing for his local Sunday League side and signed into West Ham United’s youth academy. Initially a striker, he eventually switched to his current position in central defence. He signed scholarship forms in 2005. Prior to making his first-team debut, his career had been marred by several injuries.

Tomkins made his Premier League debut on 22 March 2008 in a 1–1 draw away to Everton. Although his costly slip allowed Yakubu to score the opening goal. He made five more starts and a substitute appearance. As first choice centre backs James Collins, Danny Gabbidon and Matthew Upson were all out injured during various times in the season, he enjoyed an extended run in the first team for the remainder of the season, winning the Young Hammer of the Year for 2007–08.