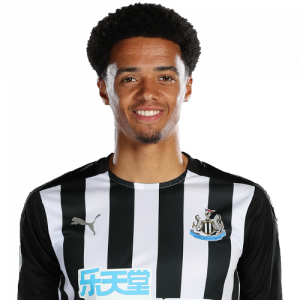 Jamal Piaras Lewis (born 25 January 1998) is a professional footballer who plays as a left back for Premier League club Newcastle United and the Northern Ireland national team.

As a youngster, Lewis was a talented athlete competing at national level for his age-group over 800m and 1500m. He represented England Schools in athletics and finished second in the English Schools’ U17 cross-country in 2014.

Lewis signed a five-year contract with Newcastle United on 8 September 2020.

Though born in England, Lewis is eligible to play for Northern Ireland through his Belfast-born mother. He first represented the country in 2016, making three appearances for the U19 team. In June 2017, he was called up to the U21 team and made his U21 debut against Estonia.

In March 2018, he was called up to the Northern Ireland senior squad for the first time. He made his senior international debut in a 2–1 friendly win over South Korea on 24 March 2018.