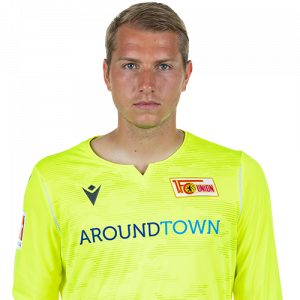 Jakob Busk Jensen (born 12 September 1993) is a Danish footballer who plays as goalkeeper for Union Berlin.

Club career
Denmark
Having played in their youth side for four years, Busk was promoted to the first team of F.C. Copenhagen during the 2012–13 season. He gained his first Superliga game on 16 May 2013, an away match against Randers FC. In the Autumn of 2014, Busk was sent out on loan to fellow Superliga club AC Horsens, and the following year had a spell with Sandefjord.