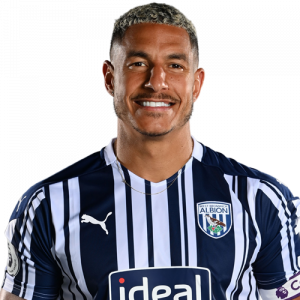 Jake Cyril Livermore (born 14 November 1989) is an English professional footballer who plays as a central midfielder for Premier League club West Bromwich Albion, whom he captains, and the England national team.

He began his career at Tottenham Hotspur, spending most of his tenure out on loan at clubs in all three divisions of the English Football League. In 2013, he moved to Hull City, initially on a temporary basis, becoming permanent at the end of the season. After amassing 144 appearances for the Tigers in all competitions, he joined West Bromwich Albion in January 2017.

Livermore earned his first cap for the England national team in August 2012 in a friendly win against Italy.

Livermore joined Hull’s fellow Premier League club West Bromwich Albion on a four-and-a-half-year deal on 20 January 2017 for a fee reported to be £10 million. He made his debut the following day in a 2–0 win against Sunderland at The Hawthorns, coming off the bench in place of James Morrison for the last 20 minutes of the match.

On 2 January 2018, Livermore had an altercation with a West Ham United fan at the London Stadium; he reported that the fan had taunted him about his son who died in infancy in 2014. The FA did not punish Livermore for the incident but warned him that such reactions could endanger himself and other fans. The West Ham fan was given an indefinite ban from the stadium.

In his 50th game for the Baggies on 21 April 2018, Livermore scored his first goal for the club as they came from behind to draw 2–2 with Liverpool. Two weeks later, he scored the only goal of a home win over his former team Tottenham, saving his team from immediate relegation.