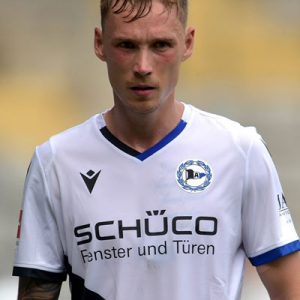 Jacob Barrett Laursen (born 17 November 1994) is a Danish professional footballer who plays as a left-back for Bundesliga side Arminia Bielefeld.

Club career
Juventus signed Laursen in 2012 for €1 million from Aalborg BK. After spending one season in Juventus Primavera team, Laursen joined Danish side OB on loan for the 2013–14 season. He made his competitive debut at 10 November 2013 in a 1–3 home defeat against FC Vestsjælland. He appeared as a 65th-minute substitute.

In June 2020, it was announced Laursen would join Arminia Bielefeld, newly promoted to the Bundesliga, on a three-year contract.