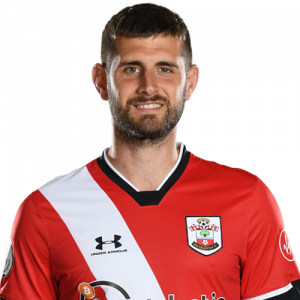 Jack Stephens (born 27 January 1994) is an English professional footballer who plays as a defender for Premier League club Southampton.

Born in Torpoint, Stephens began his career as a youth player with Plymouth Argyle, remaining with the club as a professional until 2011. Although starting his career as a right back, Stephens has recently been converted into a centre back. He can also operate as a left back, or in a defensive midfielder role, and has played internationally for the England under-18, under-19 and under-20 sides.

He joined Southampton on 5 April 2011 for a fee of £150,000, signing an initial three-year contract, and was placed in the club’s development squad. Stephens made his first-team debut for Southampton in a 2–1 FA Cup win against Coventry City on 7 January 2012, coming on as a second-half substitute for Dan Harding. In 2012, he was promoted to the first team ahead of the club’s return to the Premier League.

On 13 March 2014, Stephens joined League One side Swindon Town on loan until 3 May. He was re-signed on 1 September 2014 on loan until January 2015, and this deal was extended until the end of the season. He scored his first career goal on 17 January 2015, heading Harry Toffolo’s cross to open a 3–1 win over Chesterfield at the County Ground.

On 31 July 2015, Stephens signed a two-year contract extension, taking his deal to the summer of 2019, and subsequently completed a season-long move to Championship side Middlesbrough. In January 2016 however, he was recalled by manager Ronald Koeman who was not happy that Stephens had only been played in one league match for Boro. On 1 February, Stephens joined League One side Coventry City on loan for the remainder of the season.

Stephens made his Premier League debut on 2 January 2017, coming on as a first half substitute replacing the injured Cédric Soares, in a 3–0 defeat at Everton.

He scored his first goal for Southampton on 27 January 2018, in the 1–0 victory over Watford in the FA Cup, which was followed by his first Premier League goal four days later, when he equalised in a 1–1 draw with south coast rivals, Brighton. His third goal in as many matches came in a 3–2 victory over fellow strugglers West Bromwich Albion on 3 February.