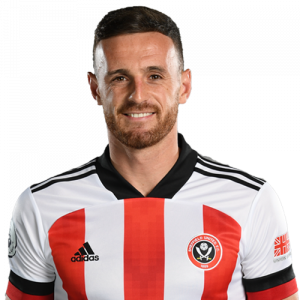 Jack Robinson (born 1 September 1993) is an English professional footballer who plays as a defender for Premier League club Sheffield United.  Robinson is the second-youngest ever player to have played for Liverpool, having made his senior debut at the age of 16 years and 250 days. He has also been capped by England at under-21 level.

Robinson was born in Warrington, Cheshire. Having progressed through Liverpool’s academy system, he made his senior debut on 9 May 2010 as a late substitute at Hull City in manager Rafael Benítez’s final game in charge of the club. Robinson’s appearance made him the youngest player at the time to have played in a first team match for the club, at age 16 years and 250 days, breaking Max Thompson’s 36-year-old record.

Robinson has represented England at various youth levels up until England U21s.