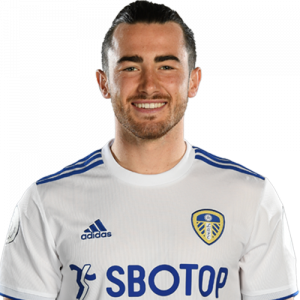 Jack David Harrison (born 20 November 1996) is an English professional footballer who plays as a winger for Premier League club Leeds United on loan from Manchester City. He has also represented England U21.

He was selected as the #1 overall pick in the 2016 MLS SuperDraft and was rated as the second best player in MLS under the age of 24 the same year.

New York City
In December 2015, reports emerged that New York City were attempting to claim Harrison as a homegrown player because he had played with club youth affiliate Manhattan Soccer Club for the previous three years, allowing them to sign him before the draft. However this claim was rejected by MLS, and Harrison entered the 2016 MLS SuperDraft as the youngest available player. On 14 January 2016, he was selected as the #1 overall pick in the 2016 MLS SuperDraft by Chicago Fire and traded to New York City for the #4 overall pick, Brandon Vincent, plus allocation money. Shortly after the draft it was discovered that Harrison had a fractured pelvic bone which left him on the sidelines for the first three months of his New York City career.

Manchester City
On 30 January 2018, Harrison signed for Premier League side Manchester City, a partner club with his previous side New York City as part of the City Football Group, signing a contract running until the conclusion of the 2020–21 season. After Harrison’s initial loan spell to Leeds United, he returned to Manchester City. Leeds were keen to sign Harrison permanently; however, it was reported that his parent club had put a £20 million valuation on him. On 1 July 2019, Harrison agreed a new one-year contract extension to his contract at Manchester City. On 27 June 2019, it was announced that Harrison was in talks with Leeds United to re-sign on another season long loan deal. City again loaned Harrison to Leeds for a third successive season with a view to make the move permanent the next year.

Leeds United (loan)
2018–19 season
After taking part in Manchester City’s pre-season tour of the United States, on 30 July 2018, Harrison signed for Championship side Leeds United on a season-long loan. He made his debut for Leeds in the opening game of the season on 5 August, as a substitute against his hometown club Stoke City at Elland Road in a 3–1 win. Nine days later, he made his first start in an EFL Cup match against Bolton Wanderers. Harrison made his first start in the League for Leeds on 31 August, coming into the starting lineup for the injured Pablo Hernández in a 0–0 draw against Middlesbrough. On 15 September, he scored his first goal for the club, an 89th-minute equaliser in the 1–1 draw against Millwall.