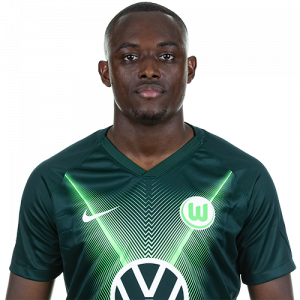 Jérôme Roussillon (born 6 January 1993) is a French footballer who plays as a left-back for Bundesliga club VfL Wolfsburg.

He is a France youth international, having represented his nation at under-18 and under-20 levels.

Career
Montpellier HSC
Roussillon made his professional debut with Montpellier on 2 May 2012 in a league match against Ajaccio appearing as a substitute.