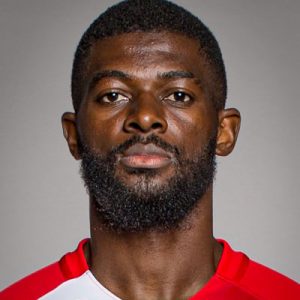 Jérôme Junior Onguéné (born 22 December 1997) is a Cameroonian footballer who plays for Italian side Genoa on loan from FC Red Bull Salzburg and the Cameroon national football team.

Club career
On 31 January 2017, Onguéné moved to VfB Stuttgart. He was loaned to FC Red Bull Salzburg on 31 August 2017 until the end of the season. In June 2018 Onguéné moved permanently to Salzburg.

On 15 January 2021, Onguéné moved to Serie A club Genoa, on a loan until the end of the season. The loan includes an option to buy.

International career
Onguéné won the 2016 UEFA European Under-19 Championship with France. In August 2018 Onguéné switched his allegiance to Cameroon and was nominated for the match against Comoros in the 2019 Africa Cup of Nations qualification Group B. He made his debut for Cameroon in a 1–0 win over Malawi national football team on 12 October 2018.