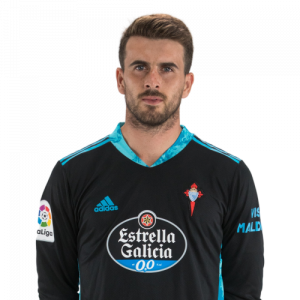 Iván Villar Martínez (born 9 July 1997) is a Spanish professional footballer who plays for RC Celta de Vigo as a goalkeeper.

Villar was born in Aldán, Pontevedra, Galicia, and joined RC Celta de Vigo’s youth setup in 2008, from Rápido Bahía CF. On 13 October 2013, he made his senior debut with the reserves at the age of just 16, starting in a 1–0 Segunda División B home win against Cultural y Deportiva Leonesa.

In July 2017, Villar was definitely promoted to the main squad after refusing to play with the second team. The following 25 January, he extended his contract until 2023 and was immediately loaned to fellow league club Levante UD for six months.

At the start of the 2020–21 season, Villar was first choice under manager Óscar García, by virtue of being the club’s only fit goalkeeper.