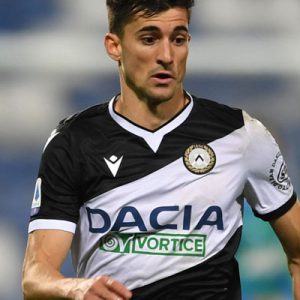 Ignacio Pussetto (born 21 December 1995) is an Argentine professional footballer who plays as a winger for Serie A club Udinese, on loan from Championship club Watford.

Udinese
On 17 July 2018, Pussetto signed with Serie A club Udinese for a fee of around €8 million.

Watford
On 14 January 2020, Pussetto signed a four-and-a-half year deal with Watford for £7 million.

On 5 October 2020, Pussetto returned to Udinese on a season-long loan.