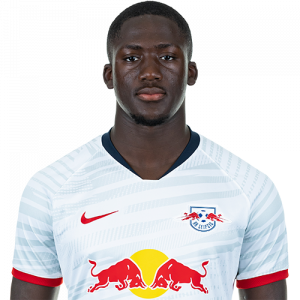 Ibrahima Konaté (born 25 May 1999) is a French professional footballer who plays as a centre-back for Bundesliga club RB Leipzig and the France U21 national team.

Club career
Konaté made his professional debut for Sochaux in a 1–0 Ligue 2 loss to Auxerre on 7 February 2017, at the age of 17.After a successful debut season, with 12 games and 1 goal in half a season, Konaté joined RB Leipzig in the Bundesliga on 12 June 2017 on a five-year contract.

International career
Born in France, is of Malian descent. He is a youth international for France.