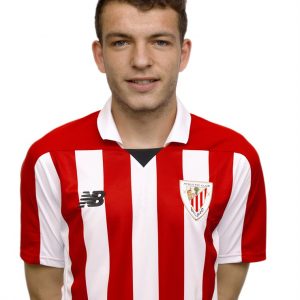 Iñigo Vicente Elorduy (born 6 January 1998) is a Spanish professional footballer who plays as a left winger for Athletic Bilbao.

Born in Derio, Biscay, Basque Country, Vicente started his career at Athletic Bilbao’s Lezama academy in 2008. He left the club in 2012 and joined Danok Bat CF, but returned in June of the following year.

Vicente made his senior debut with the farm team in the 2015–16 season, in Tercera División, before being promoted to the reserves in July 2017. On 21 December 2018, he signed a contract extension with the Lions until 2023.

On 6 August 2019, Vicente was loaned to Segunda División newcomers CD Mirandés, for one year. He made his professional debut on 17 August, starting in a 2–2 away draw against Rayo Vallecano.

Vicente scored his first professional goal on 9 November 2019, netting the opener in a 2–0 home defeat of Extremadura UD.

He made his Athletic Bilbao first team debut and La Liga bow on 1 October 2020, appearing as a second half substitute in a 1–0 home defeat to Cádiz CF.